The Difference Between a Will & a Trust

What is the Difference Between aWill-based plan and a Trust-based plan?

In this article I will explain the difference between a Will-based plan and a Trust-based plan so you can make an educated decision for your family about what is best for you and, ultimately, for them.

A Will-based plan is an estate plan that does not include a Living Trust to hold title to your assets.  If you work with us and choose our Family Plan, which is a will-based plan, your legal documents will include a Health Care Directive, Power of Attorney, a Will and, if you have minor children, a Legal Gaurdian Plan for Children.

A Trust-based plan is an estate plan that does include a Living Trust to hold title to your assets during your lifetime and to provide for ease of transfer of those assets in the event of your incapacity or death.  If you work with us and choose our Trust Plan or Wealth Plan, your legal documents will include all of the documents included in the Family Plan PLUS one or more Living Trusts.

So, what’s the practical difference?

The difference between a Will-based plan and a Trust-based plan is that without a Trust in place your family would have to go to Court to get access to your assets in the event of your incapacity or death.

Your Will indicates WHO you want to have access to those assets and how you want them distributed, but it does not keep your family out of the Court process.  Going through probate (or guardianship in the event of incapacity) is expensive, time-consuming, totally public and unnecessary.  And that’s what happens when you have only a Will in place and not a Trust.

When you have a Trust in place, there is a bit more work for you to do upfront because you need to make sure that all of your assets are owned in the Trust throughout your lifetime (or insurance assets are beneficiary designated to the Trust), but we help you with that or even do it for you.

And, with our regular review process or membership plan, we continue to make sure your assets are owned the right way throughout your lifetime, while also ensuring your plan stays up to date as your life changes, your assets change and even the law changes.

During your Family Asset Planning Consultation we will walk you through an assessment of whether a Will-Based Plan or Trust-Based Plan is right for you based on the specifics of your family circumstances, what you own now and where you are going in the future.  One thing you can be sure of is that we will help you make the right decisions every step of the way. 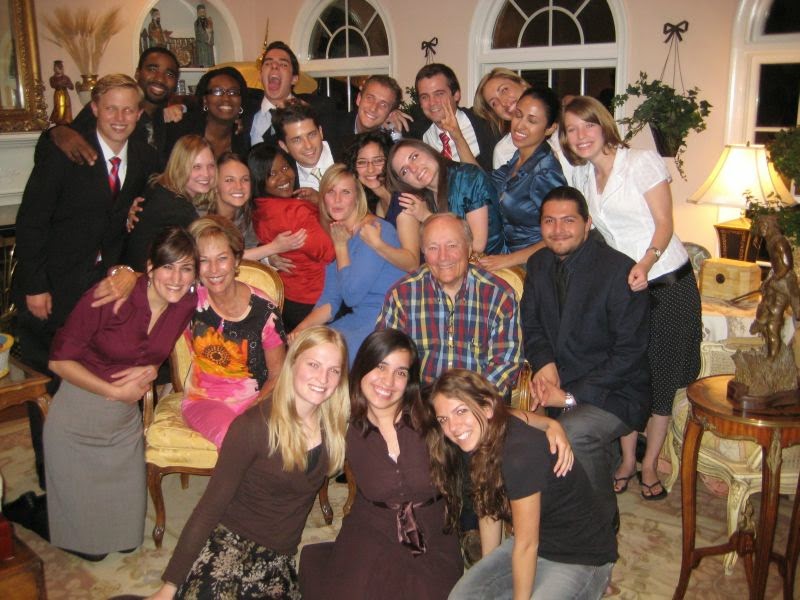 Yesterday was a wonderful day! We got to help and witness a very special moment for this family. Daniel finally got to adopt his step-daughter! We are so excited for both of you! Thank you for letting us be a part of this!!!!! 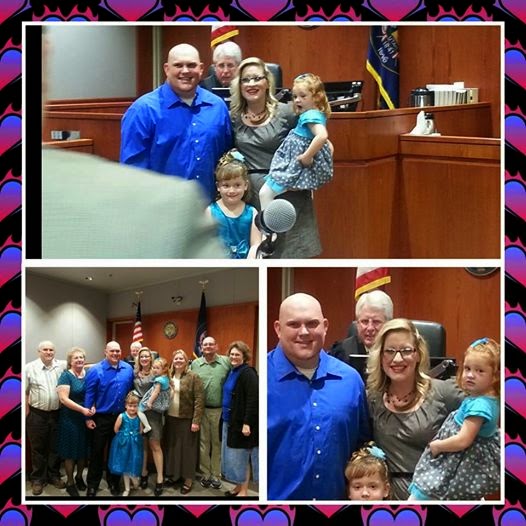 Posted by Unknown at 3:53 PM No comments: 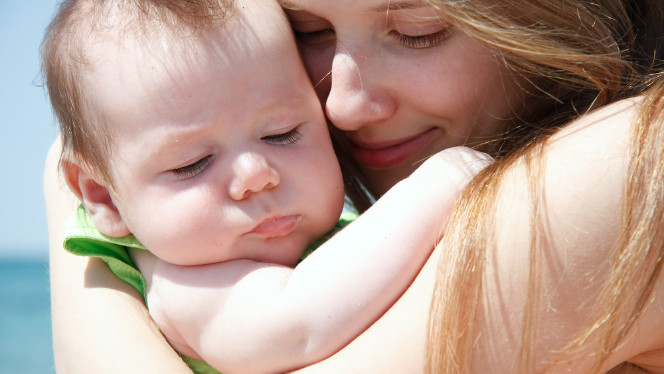 Elena Yakusheva/Shutterstock.com
SALT LAKE CITY — Adoption can be mysterious. Many of us have relied on Lifetime movies and anecdotes of the most rare situations in adoption to define it. As a result, there are many myths that swirl around adoption. The truth, as always, is somewhere in the middle.

The information that follows is applicable to domestic and foster care adoptions, rather than international adoption.

1. The birth mother/father can show up at any time and take the child — false

Once the adoption is finalized, the child’s adoptive parents are recognized by law. Post-adoption revocation is very rare, but these cases do gain publicity, which further perpetuates the myth. According to Utah law, the birth father can sign relinquishment papers at any time, including before the birth of the child. The birth mother may sign relinquishment papers 24 hours after the birth of the child. Most ethical adoptions are agreed on by birth parents who have made a very sacred decision that they feel is in the best interest of their child.

2. Birth parents are troubled teens and not to be trusted — false

On average, birth parents are in their 20s. Typically, birth parents choose adoption because they don’t have the means — financially, emotionally or otherwise — to parent the child. This factor doesn’t make a person dangerous or untrustworthy. Consider the amount of trust a birth parent gives an adoptive couple in order to choose them to raise their child.

3. Open adoption (where the adoptee has identifying information about their birth family, and the birth parents choose adoptive parents) is emotionally harmful to the child — false

Open adoption takes away the mystery. When adoptive parents are able to share information about the child’s birth parents and their history, the children understand their beginnings and they understand why a placement decision was made. According to a study completed by the Minnesota/Texas Research Project, birth mothers involved in open adoptions had lower levels of adoption-related grief and loss than compared with those involved in a closed adoption. The study points out "adopted adolescents was no different in levels of adjustment from the national norms. Level of openness by itself was not a major predictor of adjustment outcomes at Wave 2. However, relationship qualities, such as collaboration in relationships and perceived compatibility, were predictive of adjustment across openness levels."

Birth and adoptive parents do not share custody. Adoption outlines distinct roles. Open adoption allows for the child to have an ongoing relationship (of some level) with birth parents. Some birth parents report having an aunt/uncle-like relationship with the child.

5. The racial background of most children in foster care is that of a minority — false

According to the most recent Kids Count data, 46 percent of foster children are white, 26 percent are black, 21 percent are Hispanic and the remaining 9 percent are multiracial.

6. Adoption is born of loss — true

Adoption is sometimes the best-case scenario for the birth parents, who aren’t ready to parent; the adoptive parents, who have sometimes been waiting many years to parent; and the child, who is provided a safe, stable home. Despite this, adoption occurs because of a loss — a child's loss of biological parents and the loss of connection to their history. As an adoption community we don’t do anyone any favors by glossing over this fact.

7. Adoption is expensive — true and false

Adoption from foster care can cost little to nothing. Information from the Child Welfare Information Gateway cites domestic adoptions can range from $5,000 to $30,000, and international adoption can cost $15,000 to $30,000. These fees are paid to social workers, attorneys and a small amount (as determined by each state) can be used for birth parent expenses such as rent, maternity clothes, etc. Birth parents are not paid for the adoption.

8. Adoptive parents must be “perfect” to pass the home study — false

Adoptive parents must prove that they can provide financially and emotionally for the child. They are asked about their relationships with family and spouse, employment, plans for when the child arrives and understanding of adoption. Most adoptive parents pass the home study process.

9. Waiting to tell my child he or she was adopted until they can understand is better for them — false

History has been a guide for us in this domain. Historically, adoptions were closed. Because of this, it was easier (and expected) for adoptive parents not share information about their child's origins at all — or if so, later in life. Due to the research on open adoption, we now know that children who are provided information about their birth family early on fare better in the long run emotionally.

10. If I don’t talk to my child about their racial identity (if it's different from my own) then it won’t be an issue — false

Children adopted trans-racially need special attention in order to achieve positive formation of their racial identity. Again, the Donaldson Adoption Institute has found “positive racial/ethnic identity development is most effectively facilitated by 'lived' experiences such as travel to native country, attending racially diverse schools, and having role models of their own race/ethnicity.”
Adoption has always been a way to build families, although in the past two decades, our understanding of best practices for all members of the triad has increased. As this understanding shifts, so does public misunderstanding. Adoption stories and experiences are as diverse as they come, because an adoption experience is a human experience.
Whitney Barrell, LCSW, holds a master's degree in social work from the University of Utah. She is an adoptive parent and works as a child therapist with a particular interest in attachment and adoption. Find out more www.whitneybarrellcounseling.com.

What a Will Won't Do 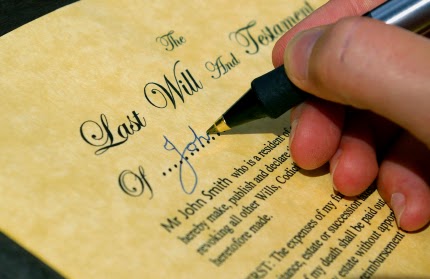 What a Will Won’t Do
There are a number of essential things a last will and testament can do for you, such as distribute family heirlooms and name a guardian for minor children, but there are some equally important things a will won’t do:

Diminish estate taxes – a will won’t help you decrease your estate taxes, but as your Family Lawyer, I can advise you on what kind of trust instruments can accomplish this for you.

Provide long-term care – if you want to provide for someone with special needs or a person with long-term care needs, you will need to establish a trust or invest in a life insurance policy.

Distribute some types of property – to distribute assets from a retirement or investment account or the proceeds of a life insurance policy, you must execute the proper beneficiary designation forms, which supersede instructions in a will.  If you own property jointly with someone else, your will won’t allow you to distribute that property. 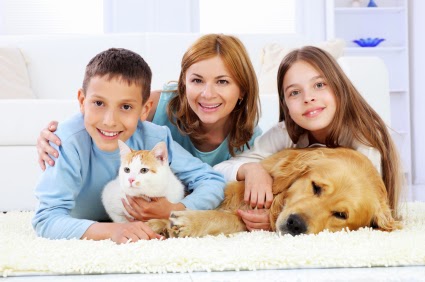 Provide for pets – since pets cannot legally own property, you will either need to establish a pet trust or designate a caretaker and provide funds for the care of your pet after you are gone.


If you’d like to learn more about wills, living wills, advance health care directives, Power of Attorney for Health Care designations or any other aspects of estate planning, call our office today to schedule a time for us to sit down and talk. We normally charge $750 for a Family Asset Planning Session, but because this planning is so important, I’ve made space for the next two people who mention this article to have a complete planning session at no charge. Call today and mention this article.
Posted by Unknown at 3:30 PM No comments:

I remember my grandmother telling me that "an ounce of prevention is worth a pound of cure" - meaning that taking steps before there is a problem can reduce the amount of time you have to deal with that problem. 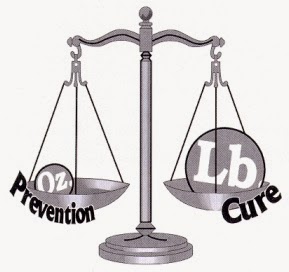 Similarly, we all know that one day we will die. It isn't fun to think about, I know, but a LITTLE bit of planning ahead can save A LOT of headache after. Moral of the story.....get your estate planning done - sooner than later!
Posted by Unknown at 2:18 PM No comments: